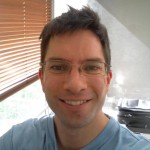 Having been using Zendesk for an enterprise project with a large team for the last 6 months I have been amazed at how useful it is to write responses in Markdown in the ticket editor.

Particularly for using tags such as `inline code highlighting` or block quotes:

I can understand that adding Markdown support to the editor wouldn't be a high priority as I'm not sure how many users would want it but I'll request as a feature anyway :D

Some sort of option in the user preferences (and maybe a global option for team owners/managers) to switch editors to support markdown would be great. There would also need to be a preview button to preview the rendered markdown.